It’s 2017 and guess what? We still have some serious evils to fix in the supplement industry. There are disturbing numbers of products that are literally pure trash and the sad fact that these garbage supplements have made it to the top selling list just shows how unaware most people are when it comes to selecting proper supplements. With new items popping up every week paired with bogus marketing claims, bright flashy labels, and fancy new “ingredients” it’s no surprise the ill-informed flock to these shitty products like moths aimlessly flying towards the attractive bright lights of an insect zapper.

The truth is very few supplements are effective, mainly because the active ingredients are dosed extremely low to decrease manufacturing cost. I’ve seen just how overwhelming selecting the correct products for your goals can be. Don’t believe me? Just walk into any GNC and let the moron behind the counter start making some suggestions for you. Also beware of your personal trainers advice, just the other day I overheard a “personal trainer” tell his client that he was 5% body fat when in fact he was closer to 30% body fat, I kid you not.

This should give you an idea of the level of competence most people in the industry are forever going to be stuck at. I have always said there are three kinds of people in the fitness industry, people who only care about money, people who care about the truth, and people who are too stupid to care at all. It’s easy to see why so many people are fed misinformation. This is precisely why I started my own brand Never Quit Performance. I didn’t start this company to formulate a bunch of shitty products with crazy profit margins combined with stupid bullshit Instagram advertisements. I started Never Quit because I’m passionate about fitness and the truth, two words that don’t always seem to go together. I simply wanted to offer a solution to the many inaccuracies and scams the supplement industry has continued to jam down our throats. This has been going on since the beginning of fitness magazines or as I like to call them glossy toilet paper.

In 2016 I had saved enough money personal training and online coaching to start my first official supplement. I continued researching the top laboratories in my area I could hopefully afford to manufacture Grind. Risking a ton of money I dove into the supplement pool head first and hired a skilled research and development team, I discovered an incredible FDA approved laboratory right here on long island and was introduced to the best flavoring chemist here in NY. I signed my contract and we started manufacturing Grind in a certified good manufacturing practices facility. I saved a ton of money designing the entire label myself as well as the website and all marketing material. I was officially a one man show and I still am with exception to the athletes I choose to sponsor. It was official, I had finally broken my supplement industry virginity. I say official because I had previously made my own supplements starting as far back as 2008. I used to order individual ingredients in bulk and mix, bottle, and even cap my own supplements simply because I didn’t trust the supplement industry and wanted to make some unique high quality products for myself and my clients. The ultimate goal for Grind was to make a pre-workout that combined industry leading ingredients that were clinically dosed and offered a full disclosure of all ingredients with no proprietary blends. I also made it a priority to make sure my product mixed and tasted better than any other pre-workout on the market. After many formula tweaks and a few flavor changes Grind was born in 2016 and I started selling directly out of my gym, on my website www.NeverQuitPerformance.com, and on Amazon Prime. I couldn’t have been more excited with how the product turned out however in the process I learned firsthand that when you manufacture supplements the right way, it’s actually fairly expensive and extremely time consuming getting everything just right. It’s no wonder so many companies made short cuts simply because they care about profits and forgot the entire reason they entered this industry in the first place. Don’t believe me? I made a simple comparison of Grind to leading competitors. The labels don’t lie! You be the judge.

If you cannot recognize that Grind is by far the superior product than perhaps you deserve to continue being ripped off by competitors! I hope that’s not the case and I hope that this article has shown you the light. I’ve compiled a bunch of useful information about each ingredient inside Grind so you can see exactly why we used each ingredient and how it can efficiently improve your workouts and overall work capacity.

You can Purchase Grind ONLY from Never Quit Performance at >> www.NeverQuitPerformance.com

GRIND is packing 6 grams of Citrulline Malate per serving! Citrulline Malate is a compound made up of Citrulline, a nonessential amino acid that is found in melons and apples. To get enough Citrulline Malate to gain its enhancing properties you'd have to eat so many watermelons and apples that you would get sick to your stomach. If you've ever taken any pre-workout supplement in the past you should be familiar with NO production aka Nitric Oxide. The problem is most products use Arginine for enhanced NO production. Studies have shown that you would need a tremendous dose of Arginine to see its positive effects and they still wouldn't compare to the results you would get from supplementing with Citrulline Malate. With increased NO production you can expect improved nutrient delivery and muscle pumps. Citrulline Malate also reduces lactic acid and ammonia which will allow you to better fight fatigue and push further. If that wasn't enough Citrulline Malate increases ATP and phosphocreatine recovery. This allows you to generate ATP (Andenosine Triphosphate) more efficiently which is the main energy source for contracting muscles. Most pre-workouts contain trace amounts of Citrulline Malate because it is an expensive ingredient. GRIND offers the most effective researched dose of 6 grams in a 2:1 ratio.

Feel those tingles? Don’t freak out! This is a natural result of the 3 grams per serving of Beta Alanine in GRIND. Beta Alanine is responsible for rising muscle Carnosine levels. Carnosine acts as a buffering agent to assist in maintaining an optimal muscle pH range which delays the onset of muscular fatigue and failure. Beta Alanine increases exercise capacity so you can work out harder and longer during both high intensity and aerobic endurance training. Consuming 3 gram of Beta Alanine pre-workout will increase both lean muscle and performance!

GRIND is bursting with Branched-Chain Amino Acids (BCAAs) in a 2:1:1 ratio. BCAAs reduce the rate of protein breakdown and increase protein synthesis. Supplementing with BCAAs will ensure more muscle retention and maximize fat loss more effectively by helping reduce muscle damage and increase recovery. We used 5 grams of BCAA’s per serving of GRIND to aid in recovery and slow down the rate at which your muscles fatigue to help you keep grinding.

Creatine Monohydrate has the most scientific support to back its benefits and is the most heavily researched supplement in the history of sports nutrition. No other form of Creatine can offer the strength benefits of Creatine Monohydrate. With so many different forms of Creatine emerging, Never Quit Performance wanted to use the most effective studied form. This is why we decided to keep it old school and use the tried and true Creatine Monohydrate. Creatine enhances the body’s capacity to perform high intensity work, which in return assists in greater muscle size and performance gains. Creatine also helps promote complete recovery by reducing muscle cell damage and inflammation following exhausting exercise.

Betaine Anhydrous or trimethylglycine (TMG) is an important vitamin derived from Choline. Betaine is found in a number of food sources including sugar beets. Taking 1.25 Grams of Betaine Anhydrous will improve your average peak power output. Studies on animals also indicate that Betaine Anhydrous may even have lipotropic effects, helping to promote fat loss through the oxidation of lipids. It has also been known to improve digestive efficiency and possibly also lead to increased lean mass production.

Do you feel that extreme pump in your muscles when taking GRIND? Agmatine is the ingredient that is often referred to as “Super Arginine”. It works synergistically with the Citrulline Malate in GRIND to give explosive increased in Nitric Oxide synthesis. Increased nitric oxide results in vasodilation, which increases blood flow, oxygen, and nutrient delivery to skeletal muscles. Agmatine will deliver ultimate muscle pumps and increase vascularity.

Caffeine Anhydrous is a pure, powdered version of caffeine, which is normally a crystalline-like substance. Caffeine is found naturally in many plants, beans, seeds, and leaves. Caffeine crosses the blood-brain barrier easily, making it a very psychoactive substance. Inside the brain, caffeine counteracts the substance andenosine. Andenosine is responsible for inhibiting nervous system activity. Caffeine binds to the andenosine receptors and essentially stops andenosine from putting the brakes on neural activity. Caffeine also boosts epinephrine, dopamine and serotonin. In general, users of caffeine have more energy, more alertness and less fatigue. Athletes will greatly benefit from these effects and can expect increased fat loss, more muscular endurance, increased muscular strength and power output, and quicker recovery.

Acetyl L-Tyrosine is a brain supplement that has a number of incredible benefits. This amino acid is critical for a number of different bodily functions such as cognitive processes, building muscles, and cell growth and recovery. Taking N-Acetyl L-Tyrosine supports peak performance from both your brain and body by alleviating stress, stimulating your mind and improving neural communication. It is one of the cognitive enhancement supplements that can promote better balance in the neurotransmitter levels in your brain. Acetyl L-Tyrosine is modified from normal Tyrosine because it contains the addition of acetic acid. This actually helps to increase the compound’s bioavailability so that it is better absorbed directly into the bloodstream. Acetic acid also has some important benefits in its own right for brain health. For these reasons, this is the best- form of supplemental L-Tyrosine.

Used as an “ALTERNATIVE” for ephedrine, Synephrine provides several of the same benefits as ephedrine, but does not cause any of the “side effects“. Synephrine Hydrochloride is an extract most commonly taken from the Bitter Orange (Citrus aurantium) plant but is found in many other citrus plants including Seville oranges, mandarin oranges, clementines, Marrs sweet oranges, Nova tangerines, and grapefruits. One of the great qualities of Synephrine is its ability to increase both energy and metabolic rate without increasing heart rate or blood pressure. Synephrine is in a league of its own. It has been repeatedly studied for its fat burning effects, and it has shown to increase lipolysis (breaking down fat for use as energy). Synephrine has a synergistic effect with the 300mg of Caffeine in GRIND to increase metabolic rate and increase fat burning.

Did you notice the extreme mental clarity, alertness, and focus when taking Grind? You’re feeling the positive benefits of the 50mcg of Huperzine A in every serving of GRIND. Huperzine A is a substance extracted from a plant called Chinese club moss (Huperzia serrata). This natural supplement has a range of nootropic benefits and is known to improve many facets of memory function. Huperzine A benefits and effects arise from the fact that this compound increases acetylcholine levels in the brain. Not only does this increase information retention and memory formation, it can also boost concentration, mental clarity and the ability to process or calculate data. . 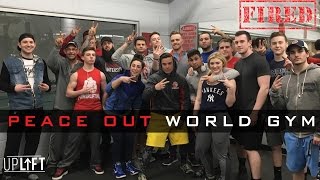 PEACE OUT WORLD GYM IT'S TIME TO OPEN MY OWN GYM 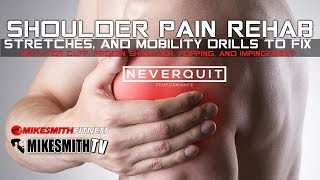 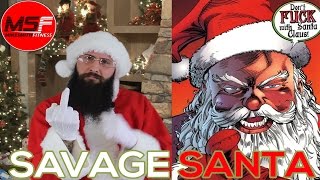 WHAT IF SANTA SENT ELF ON THE SHELF INTO YOUR GYM TO JUDGE YOUR WORKOUTS?

THE MOST UNDERRATED POSTERIOR CHAIN EXERCISE YOU NEED TO DO

WHY I SWITCHED TO A STANDING DESK 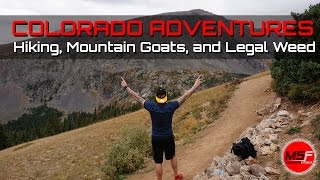 MY TRIP TO COLORADO. LEGAL WEED AND MOUNTAIN GOATS